Wondering why your kids won’t stop talking about something called Fortnite? Never fear, we’ll get you plugged into the current video game craze.

If it won’t cause you too many heart palpitations, cast your mind back to when you were a child. Look past the awkward clothing and ignore the cavalcade of pimples for a second. Does this sentence sound familiar? “Just wait. It’ll happen to you one day.” Well, if you’re a parent in 2019 and you’re oblivious to something called Fortnite, then congratulations—those words have finally come true! Welcome to your future.

Basically, your cluelessness is the equivalent of the blank stare your parents gave when you tried to tell them about Sonic the Hedgehog or Donkey Kong.

No, Fortnite is not the new fandangled shorthand ‘text-speak’ for a two-week time period. It’s pretty much the biggest gaming obsession for kids going around.

But don’t fret your joysticks, because we’re here with a few button combinations and cheat codes to help you avoid looking completely uncool to your kids. More importantly, we’ll help you decipher whether you’re okay with the idea of them playing it.

Okay, first things first: what is Fortnite exactly? Well, it’s an online video game with a whopping 250 million registered users. Players exit their characters from a flying bus (don’t ask), before parachuting into a battle of survival where they can collect weapons and build defences in order to be the last one standing.

Essentially, it’s a playable version of The Hunger Games—without the hunger.

Of course, this concept raises one crucial question above all else: should we be letting our kids play a game where the objective is for them to destroy each other’s virtual alias? Read on and we’ll let you be the judge of that.

The key thing to remember with Fortnite is that, despite all the mayhem, it’s somehow not gratuitous. The game doesn’t set out to glorify violence; it’s simply the device that drives the action. One of its greater purposes is to promote players’ logic and strategy. Far more than the shooting; it’s about the thinking. It’s a similar effect to what we’ve written about with comic books. 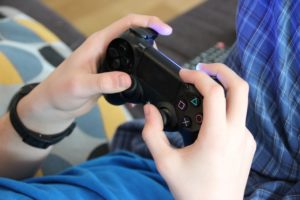 Fortnite also has a huge emphasis on teamwork—albeit somewhat morbid teamwork. The game lets players join up with friends online and work together to complete objectives. In these formative years, children are at such a critical stage of development that anything promoting working with peers towards a common goal is like gold.

And this is generally only truer for children who are into video games. They can tend to be isolated—and so collaborative games like Fortnite can boost confidence and sociability in the real world.

Now, if you’re thinking all the perks of Fortnite are reserved for your kids, then think again. There are ABSOLUTELY several aspects of the game you’re going to appreciate as well.

One of the best: it’s free! Yep, you read that correctly—it costs nothing. Zero. Zilch. Nada. Download the game and you can keep your wallet closed at the same time! Or open it and buy yourself something … you deserve it.

Actually, buy yourself something on sale, because you will get the inevitable requests from the kids to buy extra features or merchandise. You have been warned. 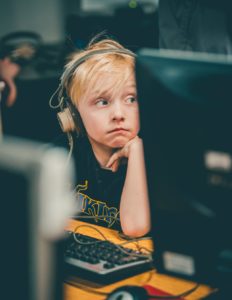 Something else putting plenty of power back in your hands is the Parental Control feature. With it, you can limit playing time and ensure your kids are getting enough variety, being active, and doing their dreaded homework.

Although you should be careful not to inflict that restriction at a critical juncture in the gameplay, otherwise you could have your own Fortnite-level tantrum to deal with.

Finally, it’s a cross-platform game, meaning you won’t be left with the dilemma of having to buy expensive new equipment versus enduring your child’s puppy dog eyes of disappointment.

The most popular version of the franchise is Fortnite: Battle Royale. This is probably the one you’ll hear your kids talking about—so let’s dive into what makes it so prominent.

Aside from the things we have already mentioned—its cross-platform functionality, its lack of a price tag—there is one significant reason why it’s such a hit: it’s quirky. Like, really quirky!

For starters, the way it handles the otherwise dire objective of annihilation is in stark contrast to what you’d expect. The graphics are fun and ‘cartoon-like’, and there’s plenty of scope to have fun while you’re running around taking out your enemies.

There is the capacity to collect wacky outfits like Halloween costumes and Superhero getups. Not to mention doing some nifty dance moves like the Worm or Floss (yep, that Floss. The one that took over the world and involved Katy Perry on Saturday Night Live).

This seemingly endless list of craziness gives kids the chance to have the latest bragging rights at school. Remember how good it felt telling everyone you’d given Barbie a mohawk, or your flawless race in Mario Kart back in the day? Yeah, same thing.

So, the big question: should busy parents who can’t (and undoubtedly don’t want to) monitor absolutely everything their kids are doing be forthright with Fortnite?

Video games aren’t going away, and video games involving characters shooting one another don’t seem to be going away. The irony of all this is that trying to stop your kids from engaging in virtual battles just might not be a battle you consider worth fighting. If you can’t beat ’em, join ’em, right?

On the surface, it is a game of last one standing—whatever the cost. But, if we dig a little deeper, then we’ll see it promotes a sense of humour because its tone is playful and its designs are fun.

It’s actually quite likely to teach astute children about concepts like satire, parody and irony. Making a muscular brute set aside the grenade launcher to do the chicken dance might just convey the absurdity of war for pensive youth. 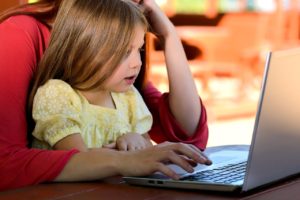 Letting children play a responsible amount of Fortnite may even instil the desire to question authority. In a world dominated by fighting, we can always use a little more of that.

Seeing repercussions in a gaming environment could allow them to reach their own conclusions about how senseless and futile conflict is. And who knows—treating the real-world problem with a healthy dose of childhood innocence in the virtual world could go a long way to future generations eliminating it forever. It’s what Donkey Kong would want.

Feeling a little more knowledgable about Fortnite? Then let us know all about it and share this article below!